So I bought a Nokia 301. Not a Lumia. No Android. No touch-screen. No Wi-Fi. I know what you are thinking: what was I thinking? 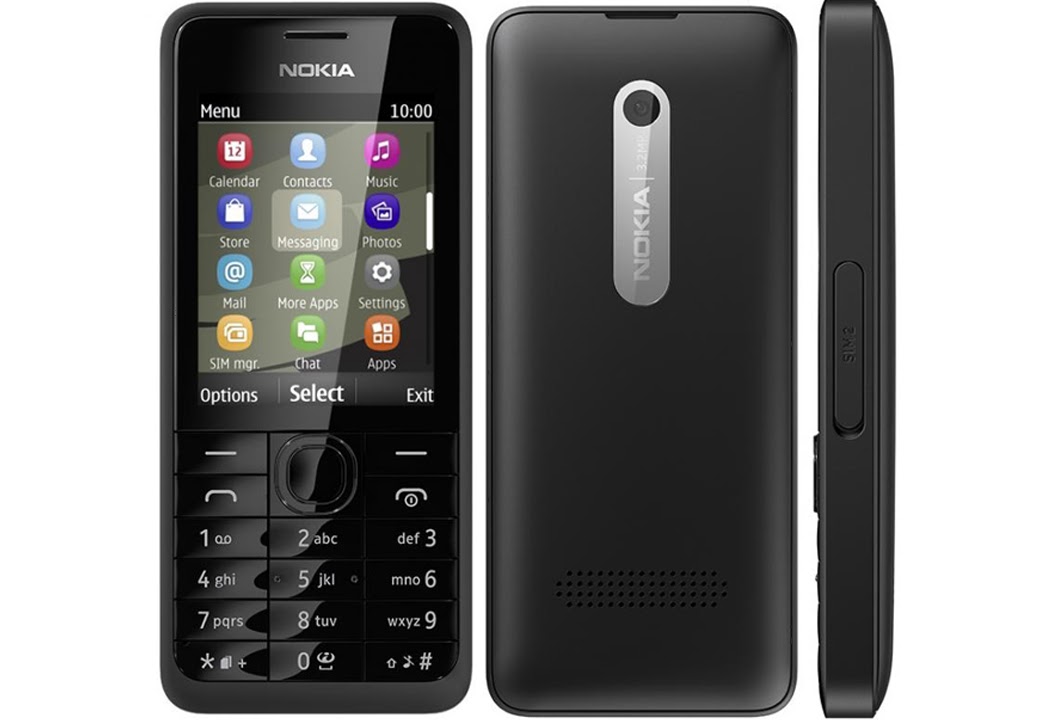 Though I used to love phones when I was a teenager, I don't really like mobile phones. I appreciate their convenience, but I don't like being continuously distracted. In a very non-technological way, I like actually being with whoever I'm with. So when I'm home in Brazil I prefer a very basic phone. I prioritize good battery life, and a keypad I can dial or type with without having to give it full attention. And when I cracked the screen of my E52, I figured USD80 for a 301 was not a bad deal.

Anyway, because the 301 isn't sold in Brazil — nobody really wants to be stuck trying to sell a featurephone, even in my country — I bought one on Ebay. And because it had been so long since I had purchased a phone, I didn't even think of checking the frequencies it operated in, the same mistake that many N95 users in Brazil made years ago.

It turns out there are three different models of the 301 out there with support for two different 3G frequency bands:

The Ebay entry for the phone I bought failed to note it was of the RM-841 variant. But when I put my TIM SIM into the phone, riding home in the bus from São Paulo, I noticed I didn't have reliable 3G connectivity. At the time I thought this was because the highway coverage was spotty; it turns out the problem is actually carrier and phone frequency compatibility. On this RM-841 phone, in São Carlos, my operator selection screen helpfully shows the following: 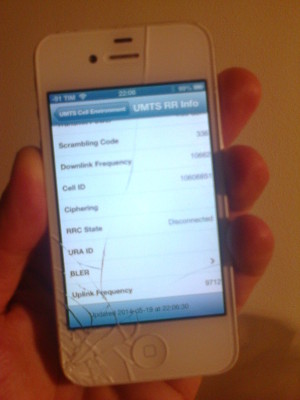 Well, it turns out Mari has a (slightly damaged) iPhone 4S, and if I use Field Test Mode by dialing *3001#12345#*, I get the following information from the UMTS Cell Environment screens:

The frequencies look high for what you'd expect to fit around 2100 MHz; it turns out that they aren't actually frequencies, but rather, UMTS frequency bands. Based on that information, Mari's iPhone 4S is indeed on Operating Band 1, which is commonly known as 2100 MHz [*].

I checked another iPhone registered on Claro that also has 3G connectivity, and which gave me these readings:

So Claro in São Carlos is indeed on UMTS band 5, 850 MHz. And installing a Claro chip on my 301 provides 3G connectivity and decent download speeds. 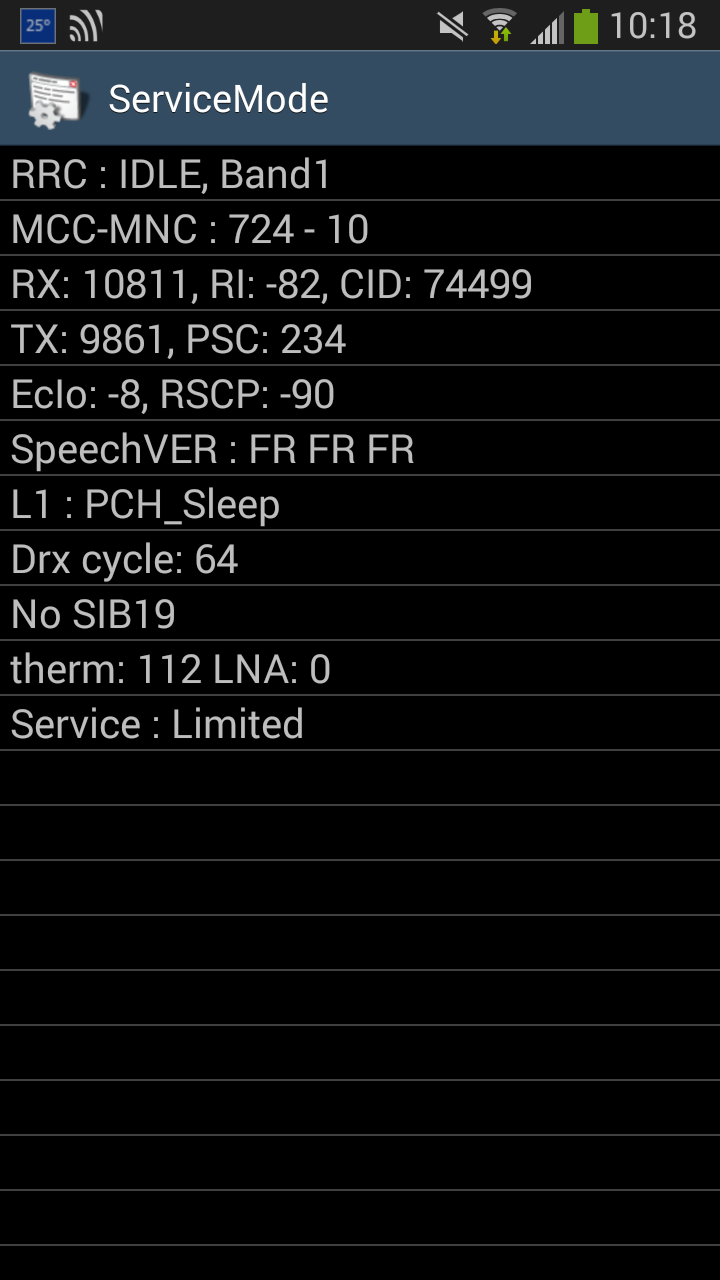 I did some basic research with a SIM and Galaxy S3 registered on AT&T; the cool thing about it is that it lets me select any local operator with whom they have a roaming agreement. Using the Android equivalent of iPhone's Field Test Mode, ServiceMode, which you can get to by dialing *#0011#, here's what I found:

In hindsight, this all seems quite obvious. I guess what confused me the most are the bands listed on various blogs and sites, which are somewhat simplistic and may not account for variation across coverage areas.

TIM has put up an interesting service that uses the Google Maps API to render the towers and coverage area. It's a pity it doesn't show the 3G and GSM frequencies supported.

Finally, I find myself wishing I knew more about GSM in general. Some references I found while researching:

Has anyone else done some basic investigation of carrier frequency in other areas of Brazil or the world? If you have more information to share, I'd love to hear about it!

Enter your email
Subscribe
I founded my first set of companies when I was 23. It was 1999, notable both for the significance of the dot-com rush and the insignificance of Y2K, and there was plenty of opportunity for a young company to get contracts building The Next Whatever people were prepared to throw
I'm not the most avid jigsaw puzzle [http://en.wikipedia.org/wiki/Jigsaw_puzzle] player you'll ever meet, nor do I pride myself in being a very good one. But I generally like games, and when somebody tricks me into working on a nice puzzle set I can end up
This post starts with a warning: This isn't an in-depth treaty about systemd, but that's on purpose. First, no in-depth systemd post should be written this close to midnight, or you'll have bad dreams. And second, I've found that even just this tiny piece of knowledge of systemd has already